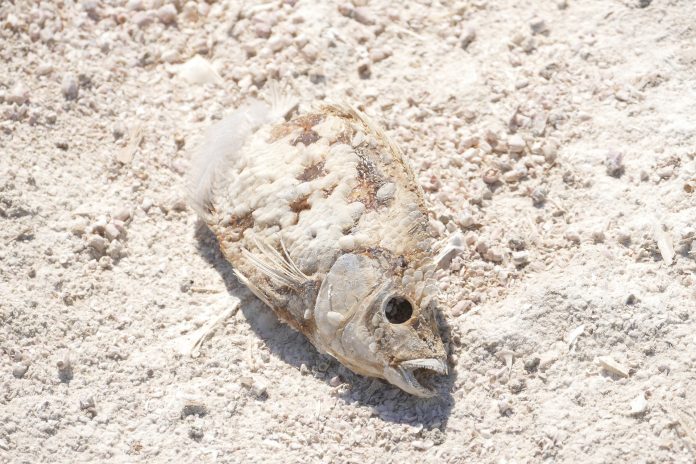 The Bangkok Declaration deals with Combating Marine Debris in the ASEAN Region. The declaration was adopted by the leaders of the 10-member Association of Southeast Asian Nations, which includes four of the world’s topmost polluters. ASEAN members include: Vietnam, Philippines, Indonesia, Thailand, along with the worst offender China, throw most of the plastic waste into the oceans, according to a report in 2015, which was co-authored by the environmental campaigner Ocean Conservancy. The declaration was praised by environmentalists as a first good step for the region. Though doubts remained that implementation of the declaration will be a great challenge because the group has a code of non-interference that would leave important policymaking in the hands of individual member countries.

What is Marine Pollution?

The oceans cover over 70% of the globe. Its health, wellbeing of humanity and the living environment that sustains us all are inextricably linked. Still, the neglect of climate change, ocean acidification, polluting activities, and over-exploitation of the marine resources have made the oceans, one of the earth’s most threatened ecosystems.

There are many ways in which pollution enters the ocean. Some of them are:

Pollution can enter the ocean directly. Sewage or polluting substances flow through sewage, rivers, or drainages directly into the ocean. In India, 80% of municipal sewage is collected of which only 20% is treated and rest are directly discharged into oceans.

Agricultural and Industrial waste is another most common form of wastes which are directly discharged into the oceans, thereby resulting in ocean pollution. Releasing toxic liquids directly into the ocean affects marine life.

Ship pollution is a big source of ocean pollution and the most harmful effect of which is the oil spills. Crude oil lasts for years together in the sea and it is extremely toxic to marine life. Crude oil often suffocates the marine animals to death once it entraps them. Crude oil is also very difficult to clean up, i.e. if once the oil spills in the ocean it is usually there to stay.

Ocean mining in the deep sea is another major source of ocean pollution. Ocean mining sites are drilled for copper, silver, gold, cobalt, and zinc which create sulfide deposits up to three and a half thousand meters down into the ocean.

Pollution from the atmosphere is also a huge source of ocean pollution. Littering occurs when the objects that are far inland are blown away by the wind for over long distances and end up depositing in the ocean. This kind of object can be anything from natural things like sand, dust to man-made objects such as trash, debris. Most of the debris, especially the plastic debris, cannot be decomposed and remains suspended in the oceans current for years together.

The oil spills are dangerous to marine life in many ways. The oils that are spilled in the ocean could get on to the feathers and gills of marine animals, which make it difficult for them to fly or move properly or feed their children. The long term effect on marine life can include failure in the reproductive system, cancer, behavioral changes, and even death.

Disruption to the Cycle of Coral Reefs

Oil spill floats on the surface of the water and prevents sunlight from reaching to marine plants and affects the process of photosynthesis. Skin irritation, eye irritation, lung, and liver problems can impact marine life over a long period of time.

Chemicals that are used in agriculture and industries get washed into the rivers and from there they are carried into the oceans. These chemicals do not dissolve in water, but they sink at the bottom of the ocean. Small animals in the ocean consume these chemicals and they are later eaten by large animals, which then affect the whole food chain.

Animals from the impacted food chain are later eaten by human beings and this affects their health as toxins from these contaminated animals get deposited in the tissues of human beings and can lead to birth defects, cancer, or long term health problems.

Present status of pollution in coastal waters in India

Industries that manufacture bulk dyes, pharmaceuticals, chemicals, and phosphorus pesticides – discharge about 200 MLD of effluents which are oxygen-depleted, acidic, and sediment-laden. The effluents contain heavy metals, phenols, nitrogen, and phosphorous. This has affected the water quality of the Narmada, Tapti, and Mahi rivers.

The Kalu River, which is to the north of Mumbai city, flows through the industrial towns like Ulhasnagar, Ambarnath, and Kalyan has a mercury concentration exceeding 100 ppm. Thane Creek in the Mumbai region receives effluents of about 50 MLD where high mercury levels are present in the sediments, water, and living organisms.

The Hooghly River carries effluents that have contaminated fish & shellfish with heavy metals such as Cu, Ni, Cd, and Zn. The sediments near Haldia have about 10 ug/g of pesticides. These river waters are contaminated by e-coli, shigella, salmonella, and other human pathogens – an indication of severe sewage contamination.

The Periyar River receives effluents and untreated sewage from the chemical industry. Incidents of ulceration in fish and shrimp and frequent fish mortality have severely affected the traditional fishing, with no pollution abatement efforts made.

Coastal waters and Estuaries are generally “clean”, though there is a huge sediment load from mining activities. The Mandovi-Zuari estuaries receive about 30 MLD of partly treated domestic sewage and 15 MLD of agricultural and industrial effluents.

The Global Programme of Action for the Protection of the Marine Environment from land-based activities:

What is Sustainable Development Goal: 14?