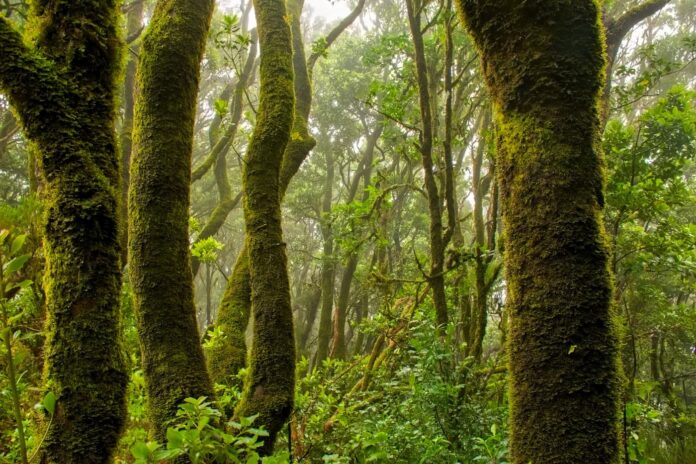 Forest is just not a place to visit, but it is our home.

To build a sustainable and climate-resilient future for all, we must invest our time and energy in our forests. Forests are the front lines of climate change. Forest comes in all shapes and sizes. They are some of the best places on the planet to escape the stresses of modern-day life.

Forests play an important role in human life, and they are extraordinary in their contribution to the basic human need for environmental stability and security. In every part of the world, forests provide essential ecosystem services, readily accessible energy, clean water, and ultimately sustain human well-being livelihood.

Every year on March 21st, the United Nations promotes awareness on the importance of different types of forests by offering an opportunity for the countries to reflect on their afforestation measures and efforts.

The International Day of Forests provides us with an opportunity to reflect on many values of forests and also to share our experiences on how trees and forests enrich our daily lives and communities around the world.

What is a Forest?

A forest is one of nature’s powerful ecosystems to purify water, capture carbon dioxide, and create diverse plant and animal habitats. These ecosystems are immeasurably beautiful. They are rich in biodiversity and are increasingly vulnerable to changes in temperature, weather, and rainfall patterns. Therefore, it is essential that we work together to preserve and sustainably manage our forests.

There are different types of Forests depending on the vegetation:

What would happen if the forest disappears?

Forests are the lungs of the earth. Without forests, we would not have clean air, clean drinking water, and much of the food we need to survive. Some of the forest produce does provide a livelihood for one in five people in the world, especially to the most vulnerable sections of society. Human beings are, therefore, in debt to them.

Forests inspire us, and good forest management strengthens and adaptation to natural disasters such as climate change. It would also support the application of global measures to combat global warming.

With both modern and traditional knowledge, we can keep the forests healthy. The foresters should also know and understand nature well. They should learn to use cutting-edge technology to ensure that our forests are managed and monitored sustainably.

Therefore, we can sustain forestlands through better Management, Conservation, and Restoration techniques.

Some of the aspects of the forest:

List of some of the most beautiful parks in the world:

According to the United States Environmental Protection Agency, deforestation is a permanent removal of standing trees. Generally, deforestation is done to make way for roads, urban development, the harvest of natural resources, and also for agricultural purposes. Not all deforestation is intentional, as some are likely to be caused by a combination of natural, accidental, and human factors like wildfires in Australia, etc.

Deforestation is growing, and it also endangering the ecosystems on which the earth’s natural wealth and its ability to cope with climate change depend. This means that millions of people, plants, and animals are dependent on the future of forested areas that are increasingly being punished by global warming and deforestation. To avoid deforestation we would require forest-friendly agricultural policies and effective forest management. Hence, it is, therefore, necessary to obtain plant fuel more sustainably to reduce the deterioration of forests.

The following are some of the effective techniques that are followed to reduce Deforestation:

Forests are our green gems. Coherent forest management would require political commitment at the highest levels, effective law enforcement, smart policies, active partnerships, and funding. We must look after it well and hand it over to our future generations rather than selling it to the highest bidder. Come let us commit to reducing deforestation, sustaining healthy forests, and also in creating a climate-resilient future for all.