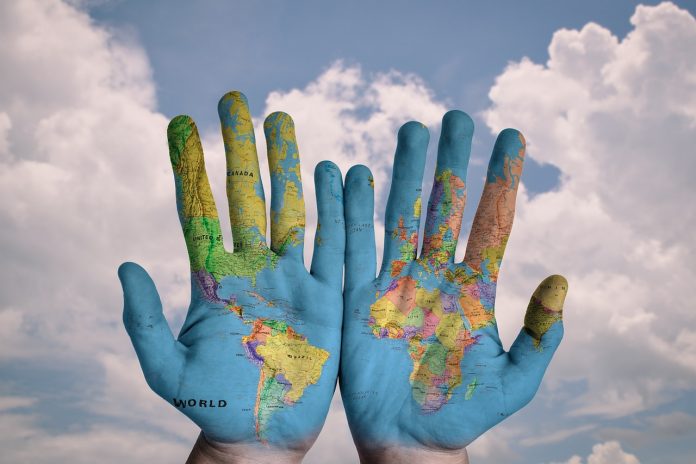 This question has motivated generations of economists.

It has to be noted that throughout history, some economies have grown faster than others. Have you ever wondered why?

In 1990, Paul Romer published a paper, ‘Endogenous Technological Change’, in the Journal of Political Economy that brought ideas as an engine of economic growth. Ideas improve the technology of production. With regard to this research, Romer had shared the Nobel Prize for Economics in 2018 with William Dawbney Nordhaus.

Economic Growth: With good bank policies, sound money and banking practices, careful taxing, and spending we can improve the economic growth of a country. With the improvement in economic growth, the overall wealth of a country would increase, as with the increase in wealth purchasing capacity will increase and enchasing on it, different companies will come up with variety and abundance of goods and services.

There are various examples where ideas had driven economic growth i.e.

Likewise, the lean manufacturing methods had made Japan, with minimal natural resources, as one of the richest nations in the world. Within three decades time-frame after the usage of Just-in-Time in manufacturing, Japan’s per capita converged to the US level.

Explaining the research of Paul Romer on the economics of ideas and its relevance to the India society in ‘Endogenous Technological Change’, Romer characterized ideas as

Technology: Nations that spend good amount on research and development activities and which have well-developed R&D and which have access to new technology generally have a more productive workforce than nations without any access to technology. As productivity increases, the economic growth would automatically increase.

By 2030 India is expected to grow to be the third-largest economy only after the US and China. Innovative ideas and Disruptive technologies will be the key enablers for this economic growth. The convergence of exponential technologies such as mobile internet, Internet of Things (IoT), data analytics, artificial intelligence (AI), machine learning, robotics, additive manufacturing, energy storage batteries, advanced materials, renewable energy, etc., can create ample resources that would fuel the economic growth of India.

Now let us look at the three significant growth enablers for India: urbanization, mobility, and agriculture.

Mobility: Moving goods and people around in a sustainable and efficient manner, is at the heart of any high growth economy. Safe, clean, and convenient mobility will be very soon within the reach of all Indian nationals. This is enabled by the rapid progress in electric, autonomous, and connected vehicles. The adoption of a shared vehicle ownership model extends the reach of these technologies even to those at the bottom of the pyramid.

Urbanization: Large-scale movement of people from rural to urban regions is commonly observed in fast-growing economies. Urbanization leads to the emergence of smart cities that are powered by smart and connected technologies. Energy self-sufficiency of smart cities is enabled by distributed power generation, advances in renewables (especially solar PV), battery energy storage, etc. Digital technologies such as data analytics and IoT are among others. Water resource management and solid waste management are important features of these smart cities.

Agriculture: Any growing economy has to feed its growing populations and should also keep its workforce healthy and fit. The shift from improving farm productivity to increasing the income of the farmers is an important step. The classification of farm automation (including autonomous tractors), precision farming, smart agricultural implements, etc., would improve the spreading of technology into traditional Indian agriculture.

Innovative ideas and disruptive technologies would be at the heart of the new economic growth model. One should make note that growing economies like that of India can greatly benefit by investing in innovative ideas and by proactively recognizing the disruptive potential of new technologies. To achieve this, India needs to provide the right institutions for innovation and knowledge transfer. To align the private and social benefits of innovation, and collaborative mechanisms for innovation of ideas should also be encouraged.

What do you understand by Per Capita Income of India?

In simple terms, it is the measure of income earned per person in India. Per capita income is used to determine the average income per person for a region and also to evaluate the standard of living and the quality of life which is led by the population in that particular region.