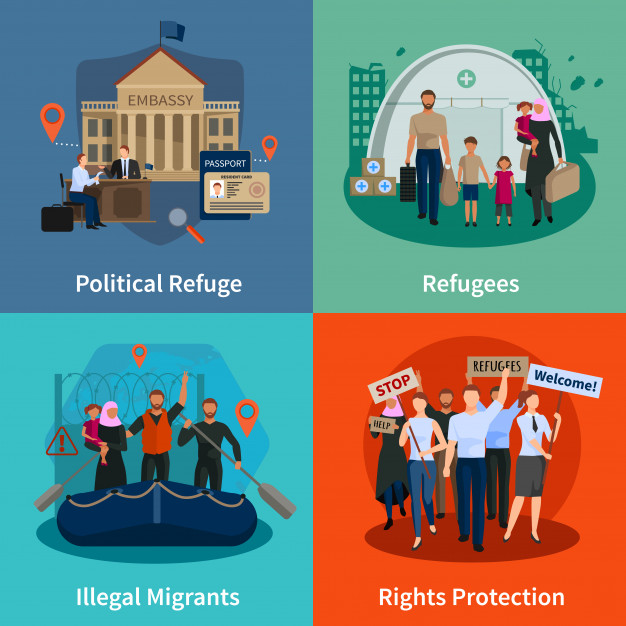 Who are Political Refugees?

A Political Refugee is a person who is unable or unwilling to stay in the country of their nationality due to political persecution.

Climate refugees or Environmental migrants are forced to leave their homes due to sudden change or long-term changes to their local environment.

Thus keeping the above aspects in mind, it is the responsibility of International organizations and the international community to proactively address this problem, by

a) Exerting moral pressure over source countries to stop violence on its own citizens through sanctions or economic blockade for a small-time period.

b) Dividing quotas for the uptake of refugees among destination countries to share the responsibilities as per one’s capabilities.

c) Nudging of destination countries to take care of the basic requirements of refugees, until they are suitably rehabilitated.

Awareness generation among citizens of destination countries to enable them to understand the plight of distressed migrants by stimulating the spirit of brotherhood and shared humanity. The above measures may help to address the problems of refugees to a certain extent.