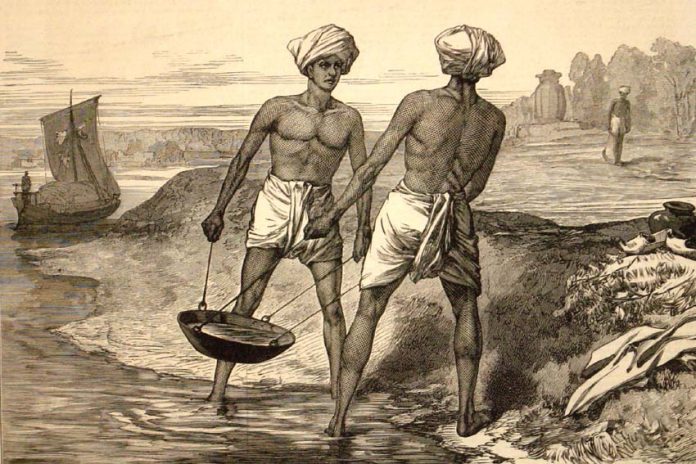 The Telangana Rebellion was formally known as Vetti Chakiri Udyamam/ Telangana Bonded Labour Movement. It was also called as Telangana raitanga sayudha poratam (Telangana Peasants Armed Struggle). It was a communist-led armed peasant rebellion under the leadership of the Communist Party of India against the oppressive feudal lords/landlordism of the Telangana region and later against the autocratic rule of the Nizam of Hyderabad (princely state) between 1946-1951. The worst forms of exploitation followed by the landlords provided ideal conditions for an armed rebellion led with the slogan “land for the tiller”. The most vociferous demands of the movement were waiving the debts of the peasants.

The sufferings of the peasants in India were intensified with the onset of the Second World War, as the peasants were subjected to increasing numbers of exploitative taxes and levies and also forced them to perform ‘vetti’ (forced labor). It was the poor peasants who were affected the most, as many poor peasants were unable to bear the increasing burden of taxes, exactions, and also losing their land to the village moneylenders.

Leaders of the movement are:

The leaders of the movement felt that there was a gross injustice and done to the land tillers of this region, and they were severely exploited by the landlords and rulers of the then princely state of Telangana. One of the important causes of the movement was: Chakali Ilamma, who belongs to the Rajaka caste, had revolted against zamindar Ramachandra Reddy. During the civil strife, the zamindar tried to take her 4 acres of land. Her revolt had inspired many to join the movement.

The revolt in Telangana was instigated by the murder of Doddi Komarayya, he was a worker of the budding nationalist movement called the Andhra Maha Sabha, in July 1946. The struggle happened at a time when the Nizam was trying to counter the efforts of the Indian government to merge his state with the Indian union. The revolt lasted for 5 years. Around 4000 peasants lost their lives in the struggle fighting feudal private armies/ mercenaries. The struggle later became a fight against Nizam Osman Ali Khan and Asif Jah VII. The initial modest aims of the communists were to do away with the illegal and excessive exploitation meted out by these feudal lords in the name of bonded labor. The most stentorious demand was for the writing off of all debts taken by the peasants that were later manipulated by the feudal lords.

The attacks by the Nizam’s police on the communists and the resultant counterattacks led to a ban on the Communist Party on December 3, 1946. The newly formed Razakars— the fundamentalist militia of the Majlis-e-Ittehadul Muslimeen— joined the Nizam’s army and the police in suppressing the peasantry. In spite of the reign of terror, the communists have succeeded in establishing a parallel government in Warangal, Khammam, and Nalgonda districts. The loathe landlords, who were the pillars of the Nizam’s autocracy in rural areas, were thrown out from their fortress-like houses, and their lands were seized by the peasantry. The communist-led agitation has been successful in liberating over 3000 villages from the cruel feudal lords and about 10,000 acres of agricultural land was distributed to the landless peasants. The Nizam did not step down even after the proclamation of Indian Independence.

Men, women, and children from various villages were organized by the Communists into armed guerilla squads to fight against the exploitative landlords and armed battalions of the Nizam known as ‘razakars’. The razakars were mainly deployed for crushing the movement.

The Telangana movement represents the highest efforts by the socialist and communist parties in the first few decades of the communist movement. The efforts in mobilizing and organizing the peasants against the grave injustices constitute a break away from the traditional to more moderate reformist movements within the peasantry. Even though the exact significance and value of the Telangana movement is highly debated, but one cannot deny the role of the Telangana movement in bringing about the issue of the peasants to the forefront of the communist movement. The CPI had actively organized peasants against caste injustices, feudal lords atrocities and also radically redefined their need for strong organizational structure, which was a key factor in the growth of the movement.

In February 1948, the Communist Party of India had introduced a new policy with an aim to encourage guerilla offensives, and it was largely influenced by the success of the Telangana insurrection. The village republics also started redistributing land to the landless agricultural laborers and also evicted the tenants, thereby increasing the popularity of the Telangana movement. By the end of August 1948, nearly 10,000 students, peasants, and party workers have actively involved themselves in the village squads, and around 2,000 mobile guerilla squads were formed.

The Central government on September 13, 1948, initiated police action against Hyderabad, which not only put an end to the Razakar terror but also the communists. Succumbing to the pressure, the Nizam finally agreed to the accession and he surrendered on September 17, 1948, and later the Razakars were disbanded. The timely, effective military and police operations which were directed by India’s first home minister Sardar Vallabhbhai Patel shattered the strongholds of the agrarian revolution in Telangana and other areas in Hyderabad and this had led to serious measures against the communists throughout India. These activities by the communists were declared unlawful by the government and a ban was slapped on the party and many leaders of the communist party were either forced to go underground or were imprisoned.

The revolt had a major impact on the masses and it ensured the victory of the Communist Party in Andhra Pradesh in the 1952 elections. Land reforms in India were recognized as an important aspect and various acts were passed to implement them. The land was redistributed among the landless; evictions were stopped and vetti-chakiri abolished. The plunder, exploitation, and exorbitant rates of usury were either drastically cut down or banned altogether. The daily wages of agricultural laborers were increased and the minimum wage was enforced.

Make In India’ Initiative for Ministry of Defense